Trisquel On A Sugar TOAST

For the past month I've been working on a Live USB stick/DVD version of the operating system for the One Laptop Per Child project, "Sugar", based on the work of Jean Piaget and Seymour Papert on the "constructivist" model, in which you learn not by remembering stuff but by doing and by building things.

As a "desktop", it's twenty years ahead of the ubiquitous 1970's Xerox PARC Windows-Icons-Menus-Pointer systems that we are all still using, and an outstanding example of "less is more". I'm using it as my main desktop (on and off) and despite its spartan simplicity I find I can do everything that I used to in the old, hairy interfaces.

My work was outpaced by some people who were already working on something similar Trisquel_On_A_Sugar_Toast and I'm flattered that their "release announcement" for it is just a link to my post in the Sugar developers' mailing list in which I evaluate it. Well worth trying out.

Update 2021-02: I've quit sugarlabs because it's corrupt. They have no public acounts, most of the money is attributed to "legal" without receipts, and the thrusting developer, James Cameron, weans people in, to increase the "developer" count, then blocks their work in every way he can to retain his illusion of supremacy.

Take a copy and do what you wish. Don't bother with the org.

Posted by martinwguy at 20:58 No comments: 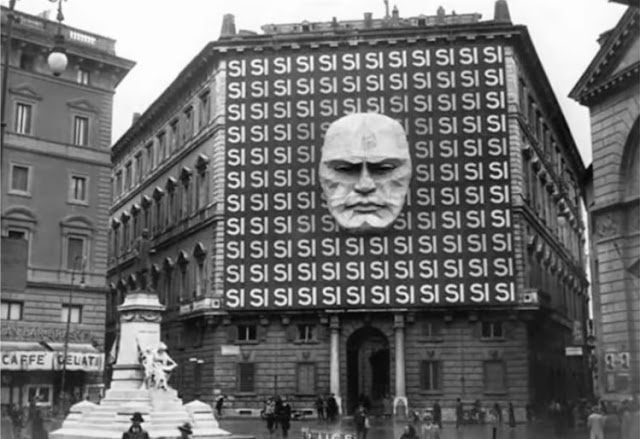 The Roman headquarters of the Italian Fascist Party
Posted by martinwguy at 15:43 No comments:

It's becoming illegal not to have a cellphone

Woo! Five years ago I stopped using cellphones, not for their monstrous tracking and spying capabilities like listening to you while they appear to be off, even if you remove the main battery!) but because they only reason people called me was because they wanted something.

The other day, for the first time, I was denied services point blank if I didn't supply a valid cellphone number.

The first was Google Mail, which now refuses to create a new account unless you have a cellphone number. Well, that's OK, I'm not forced to use Google's services if that's their policy.

The other one, which sends a shiver down my spine, is HMRC, the UK tax authority. In view of my forthcoming 55th birthday I wanted to sort out my UK tax position... but to register on their web site the only "verification" option that applied to me was outsourced to Experian, the credit rating agency. That they wanted a scan of my driving licence is fine, but to do this they require me to buy a cellphone and - can you believe it? - install an Experian App on it.

Now, not using callphones for five years makes it much easier to view what a spying and tracking device they have become. Security zero. Facebook Apps that re-install themselves if you delete them, back doors in many apps, apart from the fact that I don't run proprietary software any more, partly for this reason.

So, my question is this: Is it legal for a government service which I pay for, to require me to buy 500 quid of product from some private company and install a dodgy app from a dodgy company?

I think not. The reply from their "help" center was a boilerplate "You don't have to use our services" memo. Well, actually, I do.
Posted by martinwguy at 07:26 1 comment:

Here's the translation of a gem I found in a comment on facebook, a real eye-opener onto the world that dogs live.


THE LANGUAGE OF DOGS


When a dog rubs up against us, it’s not looking for cuddles. It wants to mix our odours to confirm the unity of the group.
When a dog approaches its nose to another dog’s, it’s not to give it kisses. It’s to analyse the substances emitted by the glands present in that region.
When a dog urinates, it’s not showing contempt. It’s leaving very clear messages that can only be interpreted by those able to identify and analyse the substances emitted in that gesture. If the jet lands on someone, that strongly confirms their alliance with that person.
When a dog wags its tail, it’s not necessarily happy. It wants to spread chemical information about its identity.
When a dog jumps up at someone, it’s not having a party. It’s telling you to stop, and there may be several different reasons why.
When a dog bows down in front of someone, it’s not inviting them to play but to move.
When a dog rolls on the ground, usually it’s not playing, but is marking, leaving important chemical information in that place, released by the glands present on the nape, the back and at the base of the tail.
This doesn’t make these animals any less fascinating creatures; quite the opposite.
This tells us that they are profoundly different from us or, rather, different from what we humans have become but very similar to how we humans were at the time when the alliance was born between the two species.
This tells us that they are not cuddly eternal babies with only play and food on their minds. Instead, they are intelligent adults able to evaluate things, to reason, to decide and to express themselves.
And those who have ended up in our houses will be all the more adult and mature if we put them in the conditions to be so.
Otherwise, theirs will just be a wasted intelligence.
Posted by Veronica Papa in a comment on facebook on 30 March 2018 at 11:01 CET

Posted by martinwguy at 07:24 No comments: 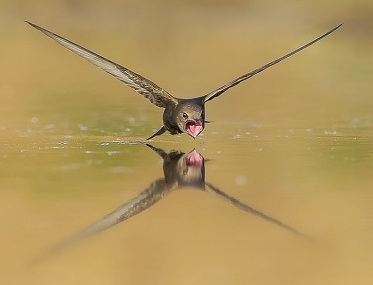 Common Swifts express themselves copiously with their voices.
This example is the third trill of fourteen in a ten-second sequence. Amazingly, the swift produces not one note but at least three simultaneously. 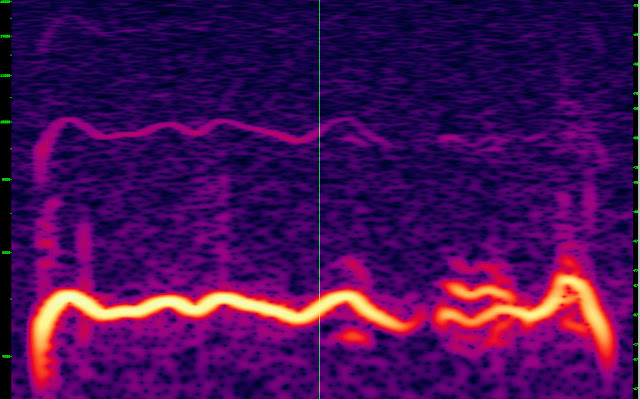 Blogger deosn't seem to do audio clips yet, but you can see the spectrogram, listen to the call and read a little analysis of it on the page Spectrograms of the call of the Common Swift.
Posted by martinwguy at 14:21 No comments:

Early February 2019
For the first time ever, after decades of "social work", someone that I put up for the night because it was cold, has stolen from me. The next morning they were missing, as were:
Talk about stupid! They even moved my guitar from its usual place to behind the main door and then forgot to take it, and that was worth far more than all of the above!

Of the dozens of frightening people I've guested in these years, the only other person who ever subtracted something from my home would always bring it back next time.

So I reckon that's a pretty good average!

Update 22 Feb 2019
Two of my less reputable friends knocked at the door with a computer screen that they'd found, wanting to know if it worked or not so that they could sell it.

When I turned it over to put the cables in, there on the back were my two squares of white insulation tape marked with black CD-pen to show which way round to put the plugs in. "This is mine," I said,and told them the story of the idiot who'd nicked it. To show it was mine, I said "and it's scratched," though it looked perfect but, hey presto, when I plugged the power in, the black part lit up with the manufacturer's logo "It works!" one of them said but there were, top left, two horizontal white lines of pixels always half-on, a a war wound from when it fell off its perch once.

"God is great!" I said, hugging the screen and grinning like a cheshire cat.
"I owe you one!"
Posted by martinwguy at 07:21 No comments: